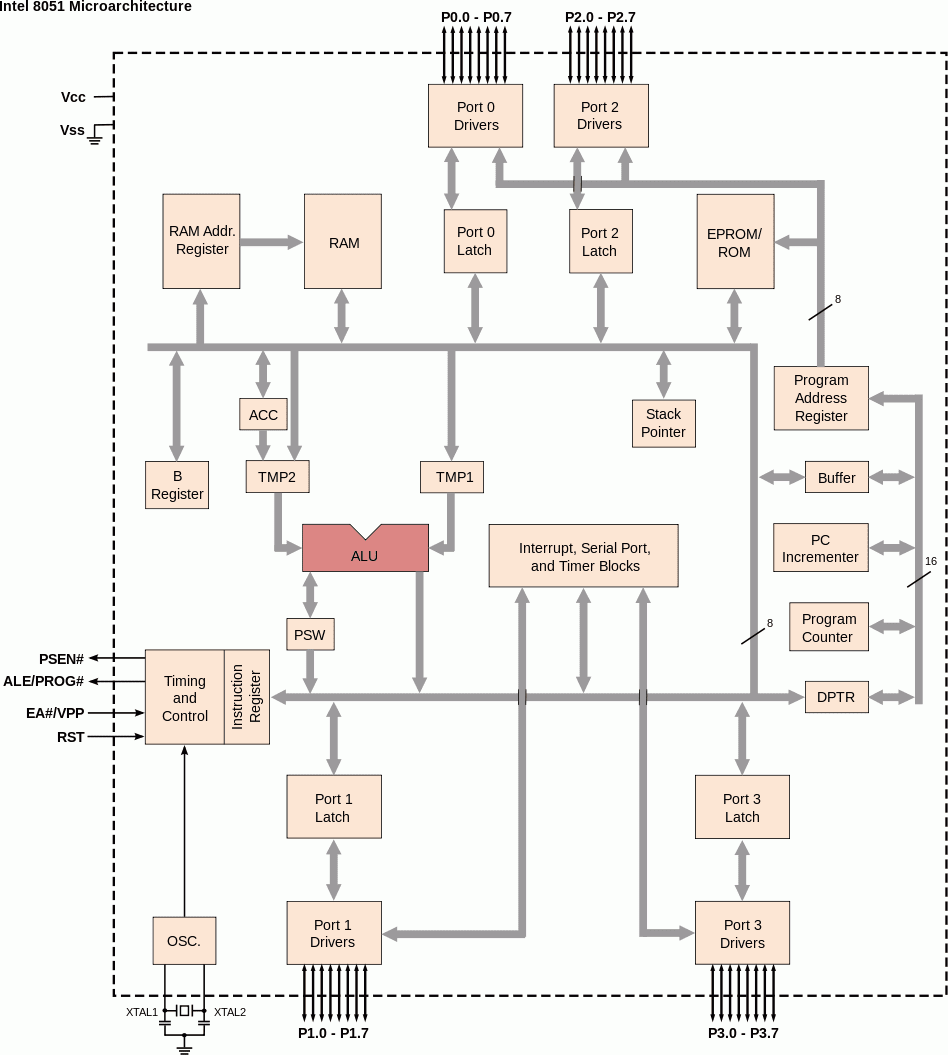 The e8051 is the fastest available 8051/8052 embedded microcontroller core for ASICs and FPGAs, achieving peak processing speeds of up to 300 Mips in ASICs and up to or above 130 Mips in FPGAs (equivalent to 3.6 GHz/1.5 GHz clock rates in a conventional 8051)

A free evaluation kit download is available for running small test programs at full speed in the user’s own target hardware. Adding a high-performance 8051 microcontroller to a project has never been easier, the e8051 block is simply dropped into the design, and programs developed using standard software tools.

The Intel MCS-51 (commonly referred to as 8051) is a Harvard architecture, CISC instruction set, single chip microcontroller (µC) series which was developed by Intel in 1980 for use in embedded systems.

Intel’s original MCS-51 family was developed using NMOS technology, but later versions, identified by a letter C in their name (e.g., 80C51) used CMOS technology and consume less power than their NMOS predecessors. This made them more suitable for battery-powered devices.