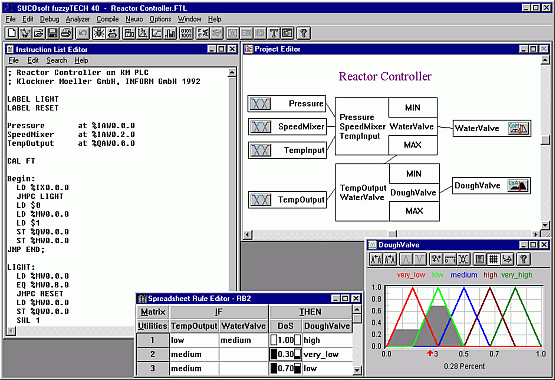 Professor Lotfi Zadeh, the inventor of fuzzy logic, contends that a computer cannot solve problems as well as human experts unless it is able to think in the characteristic manner of a human being.

The fuzzyPLC is programmed by an enhanced version of the standard fuzzy logic system development software fuzzyTECH from Inform Software. fuzzyTECH is an all-graphical, design, simulation, and optimization environment with implementation modules for most microcontrollers and industrial computers.