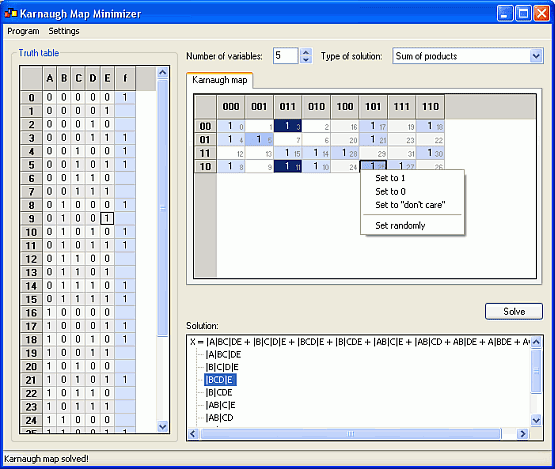 A tool for developers of small digital devices and radio amateurs, for those who is familiar with Boolean algebra and Karnaugh Map optimization method, best suits for electrical engineering students.
Karnaugh Minimizer – Refactoring Code

“The Karnaugh map was invented by Maurice Karnaugh, a telecommunications engineer at Bell Labs, in 1950., same year that Charles M. Schulz published his first Peanuts comic.”

This program sports some of the most amazing features in Karnaugh map minimizing sofware known to modern man, like solving up to 8 variable maps, solution highlighting, input form a truth table or directly on the map, displaying cell adresses.