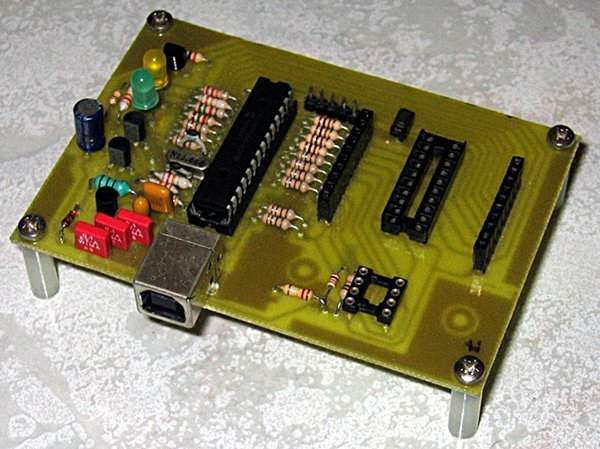 “After searching a while I couldn’t find an USB programmer which was at the same time functional, free, and open source, so I decided to design one. Open source means that all sources and schematics are given free of charge with the rights to modify and release them.”  – Alberto Maccioni

Usbpicprog is an USB in circuit programmer for Microchip PIC processors. The hardware is as simple as possible, the current version only contains one PIC18F2550, 4 mosfets, and besides the connectors a hand full of passive components.