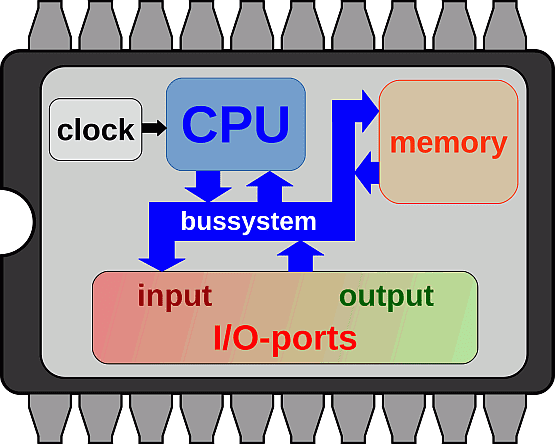 PIC and AVR seem to be the most popular in Embedded Systems Design. Many are in this blog, here is a listing of some of the intersting ones.

A simple MSF based NTP server for AVR

An implementation on an AVR board of an SNTP server as described in RFC-2030, … used the EP2S and matching antennae, manufactured by HKW. The mega8535 microcontroller is in a STK200 development board. The board interfaces to the rest of the world with RS232 and SLIP.

This project is a 4 channel DMX512 driver board. It features four power MOSFETs that can be configured to operate in PWM mode or as on/off outputs. The driver can be configured to use any four consecutive addresses across the full 512 channel address range. It can drive LED arrays or low voltage lamps with either an 8 bit (256 step) PWM dimming signal or digital on/off mode under DMX control.

A bootloader enables download of hex-files directly into the flash-memory of a PIC or other microcontroller. The bootloader receives the user program via the PIC’s UART and writes it directly to the program memory (self programming). This feature greatly speeds up the development process, because the chip remains in the target circuit and need not be moved between the target circuit and the programmer.

The kit contains a development board with a 32-bit MIPS4k PIC32 microcontroller, a 10/100 Ethernet port, an on-board debugger and programmer, and an OTG USB port. You can get the User’s Guide and code examples from the Microchip ESK page.