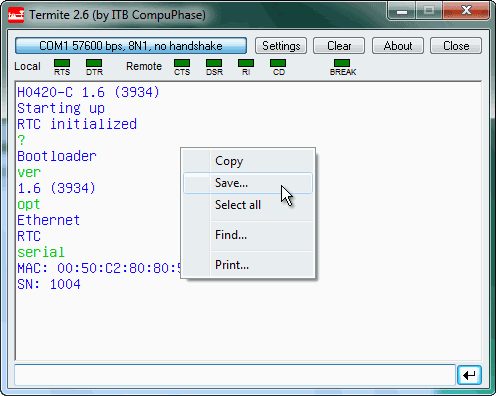 When you wish to Interface an Embedded System to your computer, you will need a Terminal Emulation Software to communicate with the device over the serial port. Now USB is the default port in most computers. Hence we have USB to serial Interfaces. Over this Interface Data and Firmware can be Transferred up and down.

You have to be familiar with serial interface and the traditional RS232 to understand basics of data communications. Have a desktop PC even an old one with serial and parallel ports for experimentation. Then work on USB, Ethernet and Wi-Fi Interfacing. Step by Step. 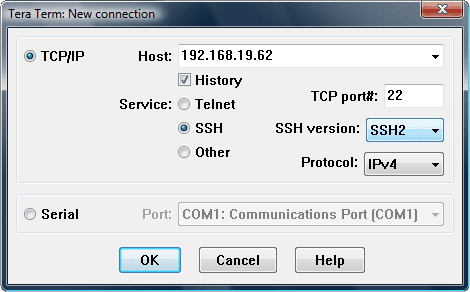 PuTTY is a client program for the SSH, Telnet and Rlogin network protocols.

Realterm is a terminal program specially designed for capturing, controlling and debugging binary and other difficult data streams. 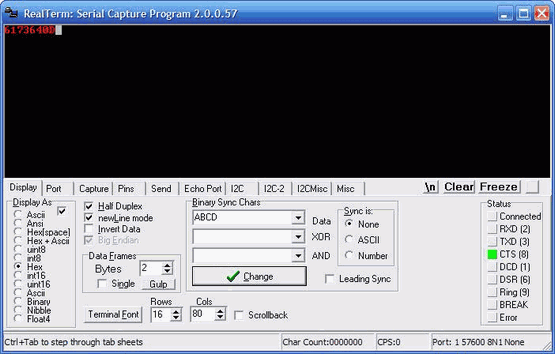 Serial terminal program partcularly targeted at binary and difficult data 1) binary data, and debugging difficult communications problems. 2) use as a comms component for other s/w via full activeX interface Support for physical comm ports, and TCP

Plug-in interface for pre-processing or alternative views of the data, logging received data to a file, adding a toolbar to Termite, and other functionality that you may think of.

Termite is an easy to use and easy to configure RS232 terminal. It uses an interface similar to that of “messenger” or “chat” programs, with a large window that contains all received data and an edit line for typing in strings to transmit.