The Handy Board – The Cricket Robotics Controller 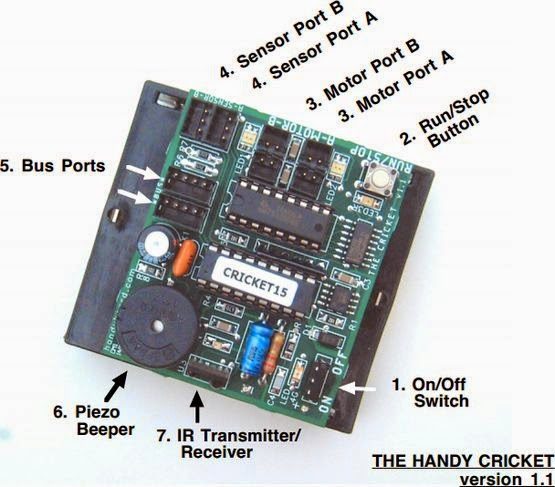 The Handy Board is a 6811-based microcontroller system that lets you build mobile robots for educational, hobbyist, and industrial purposes. People use the Handy Board to run robot design courses and competitions at the university and high school level, build robots for fun, and control industrial devices.

The Handy Board – The Cricket Robotics Controller

The Handy Cricket is a tiny robotics controller is much smaller than the Handy Board, weighing only a few ounces.

You can control motors and lights with the Cricket. The Cricket can receive information from sensors, like touch sensors and light sensors. Crickets can “talk” to each other, sending messages with infrared (IR) light. People have used Crickets to build little robots, animated rocking horses, automatic gift boxes, and other personal animated toys.

People have used Crickets to collect a bunch of temperature readings and look at them later. Crickets were developed at a major research university and now they are available to the public.