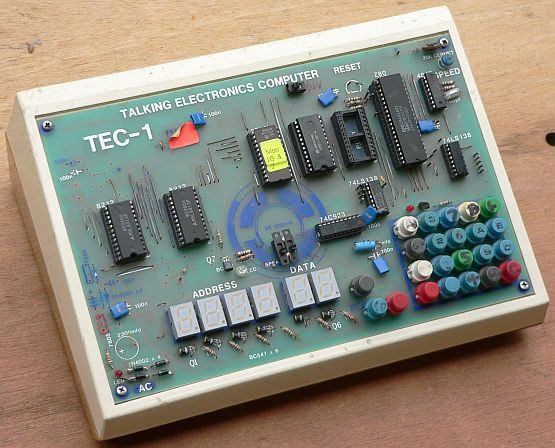 In the early 1980s, the Z80 was the one of the most commonly used CPU in the home computer market from the late 1970s to the mid 1980s..Zilog licensed the Z80 to the US-based Synertek and Mostek, that had helped them with initial production, as well as to a European second source manufacturer, SGS.

Founded in 1974 by Federico Faggin, the inventor of the world’s first microprocessor, ZiLOG builds semiconductor products  that enable design engineers to break through the barriers to creativity and innovation in embedded design.

ZiLOG is the inventor of the award-winning Z80 and Z8 microchip architectures that have been embedded in over a billion end-use devices worldwide.

“This page contain docs, FAQs, source code, (cross-)assemblers, (cross-)compilers, utilities, etc. as well as links to other Z80 relevant stuff. Some of the info found here is property of Zilog, like hardware docs, instruction sets, and some of the software available.”

Combine The Z-80 SBC and SB8466 interface card, you will have a full embedded controlled system, you can use it in any project you can think of, it is only limit to your imagination! .

The SB8010 is a highly versatile SBC comprised of a Z-80 microprocessor, 4 general purpose 28 pin sockets for byte-wide ROM and/or RAM chips, a Z-80 CTC counter-timer, and a serial I/O port (UART) using Intel’s 8251. A bootstrap option is provided for loading an operating system into main memory using an on-board PROM.

On-board memory can be mapped in various ways to match the memory chips selected. The mapping options are accomplished using a PROM. The user may install his won PROM if a different mapping is desired. However, the six mappings provided should satisfy most users.